Last October, Paul Brickhill died. Paul’s Harare based Pamberi Trust Brickhill founded in 1997. Jackie Cahi, an old time friend of his, sees the Book Café’s opening this way : “He was a musician and an artist. By then Luck Street Blues was formed. Paul created spaces where he wanted to be – where there was music, food, conversation, people”. Brickhills activities did not end there. As a veteran of the liberation war, he stood for free speech defending the Book Café against forces that tried to (...) 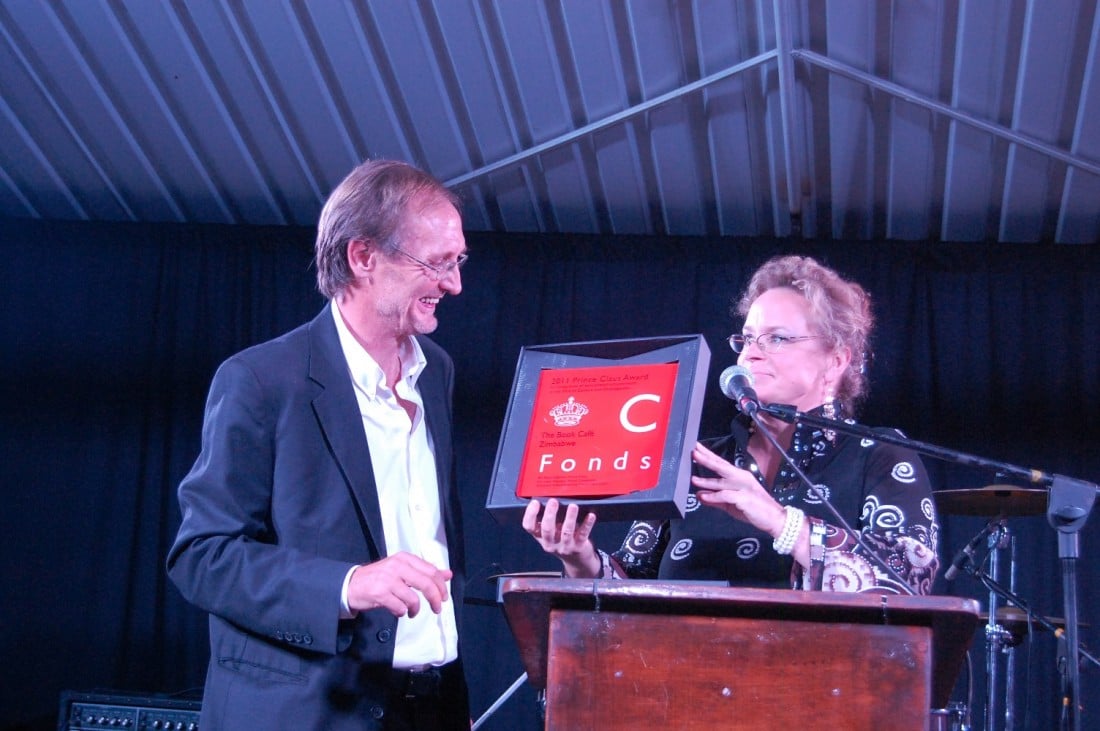 Last October, Paul Brickhill died. Paul’s Harare based Pamberi Trust is a long-time partner of Africalia. Pamberi exists as an enabling facility, by which artists and producers of culture in Zimbabwe may develop, promote and perform their works. It is a kind of umbrella organization for initiatives such as the Arts Factory, which is catering for emerging semi-professionals in the performing arts sector in need of logistical support, an arts center Africalia is focusing on in its currently running 2 year programme, and the Book Café Brickhill founded in 1997. Jackie Cahi, an old time friend of his, sees the Book Café’s opening this way : “He was a musician and an artist. By then Luck Street Blues was formed. Paul created spaces where he wanted to be – where there was music, food, conversation, people”.

Brickhills activities did not end there. As a veteran of the liberation war, he stood for free speech defending the Book Café against forces that tried to clamp down on expression. He was a jack-of-all-trades, involved in books and music, creator of the African Festivals Network and one of the founding members of the African Publishing Network, a pan-African body erected to promote the intra-Africa book trade. Jiggs Thorne from the Bushfire Festival in Swaziland assesses Brickhill as follows : “Pauls legacy as I see it has been about the emancipation of people, African people, who have told their stories through art.”

Larry Kwirirayi wrote an empathic obituary of Paul Brickhill. Read his article here below or click here to download it in pdf, Paul Brickhill, A Life Lived Forever.